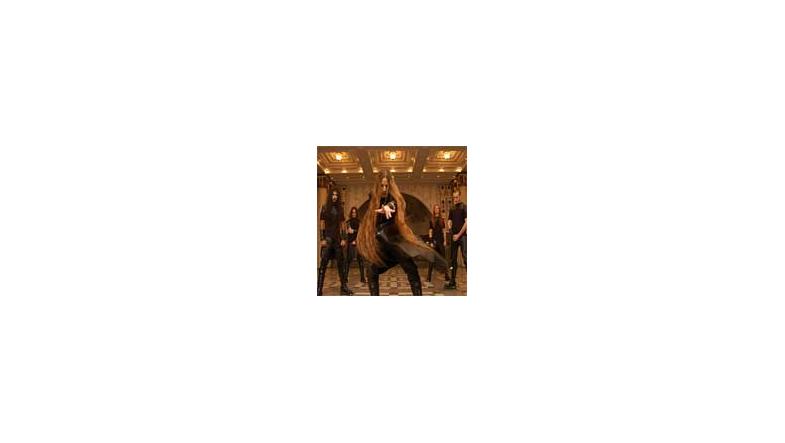 Ifølge deres pressemeddelelse: "this is, without doubt, a very special album based on a cooperation between the band and guest female singer, Yasmin. Admirers of the legendary and just re-released Calling the Rain EP won't have to wait any longer. Atrocity is surely the only metal band which attracts fans from the metal scene as well as from ethno, folk and world-music genres.

Alex Krull kommenterer: "Fans and musicians of the band have been waiting much too long for the continuation of Calling the Rain. Now time has finally come and we just can't wait to let our fans hear and enjoy the new songs. We are incredibly happy with the result. The songs contain great rhythms, the music is sounding very special and organic, moreover, the energetic vocals together with the mythological based lyrics convey a magic atmosphere. Well, once more it's time to take blinkers off! Just listen, and it will take you away!"

The latest Atrocity feat. Yasmin album After the Storm does not simply repeat the collaboration(Calling the Rain), but elevates the songwriting and production to a new level. All instruments were performed live and a huge amount of percussions allows for a tapestry of complementary rhythms. The driving and tribal-like beats are the foundation of Atrocity's music and allows for an intense and fascinating atmosphere. The string instruments and vocals harmonize perfectly with the mood of the individual songs and with the whole music respectively. Besides wonderful atmospheric songs such as the title track "After the Storm" or the emotional "Silvan Spirit", true rock songs like "Black Mountain" or the anthem "Transilvania" show a completely new side to a Metal band. With the mystical songs "A new Arrival" and "As the Sun Kissed the Sky" or the music turned Celtic legend "The Otherworld" Atrocity, together with the exotic vocals of Yasmin, takes the audience into a mythological world. The band featuring the singing siblings Alex and Yasmin switches to high gear with the catchy song "Call of Yesteryear"! No listener will remain untouched. The music of Atrocity feat. Yasmin can only be described with one word: unique!"

Atrocity - After the Storm