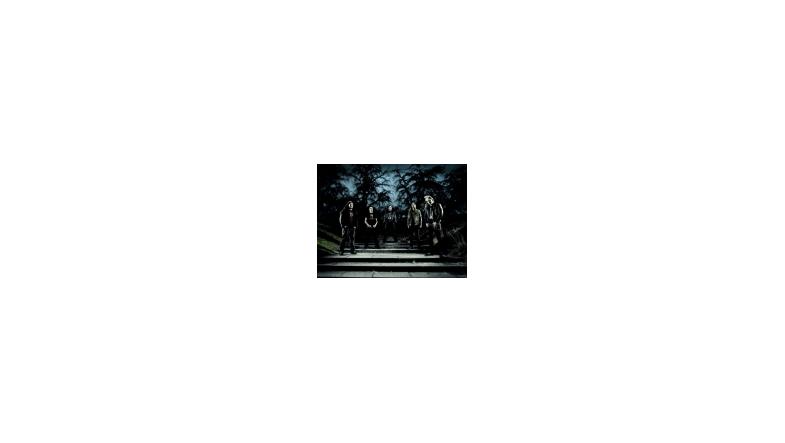 "Bloodbath just spent the last week at Park Studio in Stockholm where Axe [drummer Martin 'Axe' Axenrot] put down an (un)healthy doze of all the basic ingredients and more to get this death metal monster meal cooking in hell's oven. We're talking classic old-school skin-pounding, furious blast beats, double-bass drums, all kinds of tempos and a heavy load of killer fills, yeah you name it… This time it turned out to be 11 brand new songs on the menu for the band's still-untitled third album.

"So what direction does the material take this time? Well, it's definately taking off where we left with 'Unblessing The Purity'. The material represents nothing but hateful brutality, so there's surely a lot of speed countered with heavy groove. Riff-wise, we're playing a lot with dissonant harmonies for that feverish possessed feeling, but we also brought back the whole melodic yet haunting 'bee-swarming' theme concept from the past albums to represent the classic sound, so there's definately gonna be a good deal of variety on here which we hope to pack together in the most crushing production yet.

"The recording will now be moved to engineer David Castillo's newly built studio where we'll put down the guitars and bass over the next month while waiting for Mike [Mikael Åkerfeldt] to return from his touring in June to cut the vocals before we enter mix mode".

Shed the Skin - The Forbidden Arts