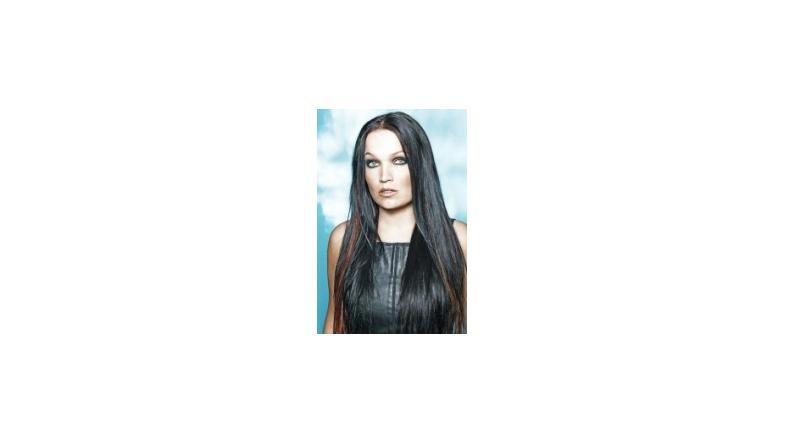 It's time to choose whether the story of Nightwish ends here or whether it will still continue an undetermined period of time. We've been working with this creation for 9 years and we are not ready to give up yet. Nightwish is a way of life, something to live for, and we're certain we can't let it go.

Equally certain is the fact that we cannot go on with you and Marcelo any longer. During the last year something sad happened, which I've been going over in my head every single day, morning and night. Your attitude and behavior don't go with Nightwish anymore. There are characteristics I would never have believed to see in my old dear friend. People who don't talk with each other for a year do not belong in the same band.

We are involved in an industry where the business side of things is a necessary evil and something to worry about all the time. We are also a band which has always done music from the heart, because of friendship and the music itself. The mental satisfaction should always be more important than money! Nightwish is a band, it's an emotion.

To you, unfortunately, business, money, and things that have nothing to do with those emotions have become much more important. You feel that you have sacrificed yourself and your musical career for Nightwish, rather than thinking what it has given to you. This attitude was clearly shown to me in the two things you said to me in an airplane in Toronto: 'I don't need Nightwish anymore,' and 'Remember, Tuomas, that I could leave this band at any time, giving you only one day's warning in advance.'

I can't simply write any more songs for you to sing.

You have said yourself that you are merely a 'guest musician' in Nightwish. Now that visit ends and we will continue Nightwish with a new female vocalist. We're sure this is an equally big relief to you as it is for us. We have all been feeling bad long enough.

You told us that no matter what, the next Nightwish album will be your last one. However, the rest of us want to continue as long as the fire burns. So there's no sense in doing that next album with you, either.

The four of us have been going over this situation countless times and we have realized that this is the thing we want to do in life. It's all we can do. In December 2004, in Germany, you said that you will never tour again for more than two weeks at a time. You also said that we can forget about U.S. and Australia because the fees and the sizes of venues are too small.

In interviews I've mentioned that if Tarja leaves, that would be the end of the band. I understand that people will think this way. Nightwish is, however, a scenery of my soul and I'm not ready to let go because of one person. A person who wants to focus her creativity to somewhere else, a person whose values don't match mine.

We were never bothered by the fact that you didn't participate in writing/arranging songs, you never in 9 years came to rehearse the songs with us before going to the studio. Not the fact that while on tour you always wanted to fly, separately from us with your husband. Not the fact that you are an undisputable front image of the band. We accepted and felt OK about everything except greed, underestimating the fans, and breaking promises. It was agreed by the five of us that Nightwish would be the priority in everything that we do during 2004-2005. Still so many things were more important to you. The ultimate example being the already sold-out show in Oslo, which you wanted to cancel because you needed to rehearse for your solo concerts, meet frieds and go to the movies. Those were the words Marcelo used in an e-mail explaining the cancellation. This being just one example of so many. I couldn't think of a worse way of being selfish and dismissing our fans.

Nightwish is a way of life and a job with many obligations. To each other and to the fans. With you we can't take care of those duties anymore.

Deep within we don't know which one of you drove us to this point. Somehow Marcelo has changed you from the lovely girl you were into a diva, who doesn't think or act the way she used to. You are too sure of your irreplaceableness and status.

It's obvious that you blame your stress and misery on us four. And you think we don't respect or listen to you. Believe us; We have always had the uppermost respect towards you as a wonderful vocalist and as a friend. And very often during the past couple of years the plans were made according to your decisions only. You were always the only one who wanted more money from the shows.

This 'compensation and more money from everything' attitude is the fact that we are most disappointed of!

We wish that from now on you will listen to your heart instead of Marcelo. Cultural differences combined with greed, opportunism and love is a dangerous combination. Do not wither yourself.

This decision is not something we are especially proud of but you gave us no choice. The gap between us is too wide. And the decision is made by us four unanimously. We are beyond the point where things could be settled by talking.

All the best for your life and career,

Nightwis h recorded "End Of An Era" -live release yesterday evening in Hartwall-Arena, Helsinki.
As you can imagine, the atmosphere in the Arena was wild but also quite blue. This was the ending for a one and a half year lasting "Once" -World Tour. Nightwish wishes to thank everybody for an unbelievable tour.

Unfortunate ly the title "End Of An Era" also holds a deeper meaning.

The open letter, which was given to Tarja after the show, tells it all.

Ex-NIGHTWISH frontwoman Tarja Turunen has commented on her former bandmates' decision to fire her following the final show of their "Once" world tour, which took place on Friday, October 21 in Helsinki, Finland. Writing to the fan site Tarja Turunen Fan , Tarja said, "I don't have words to express my feelings at the moment. I am devastated. This thing happened in a way that I didn't have a slight chance to give my opinion about it. I got fired out of a band that represents the last nine years of my life and I am very sad about it. It has been very cruel the way the band handled this in public. This doesn't change the fact that we were doing amazing music together, but I will never forget the fact that they didn't give me the chance to say goodbye for the people as a NIGHTWISH singer.

"I love you and I really hope to see you soon in my concerts. Thank you very much for your kind words and support. I will never forget you."

Former NIGHTWISH frontwoman Tarja Turunen has released the following statement to the media:

"Since last Sunday morning, I have been asked to express my position by magazines, newspapers, radio and TV stations, fan clubs and fans from Finland and from all over the world. So many in total that it is physically impossible for me to find the time to reply to them all individually. Hence I decided to put down a couple of words in this text to let my fans, family and friends and the public know how I feel after the recent events.

"This is a moment of grief and pain and I find it very hard to speak.

"At the moment I am in Argentina. I hope you can understand that after this shocking life change comparable to a divorce, I didn't want to stay alone at home in Finland. My husband had booked his tickets to Argentina many months ago and I decided to travel with him at the last minute. But the fact that I am in Argentina and the long distance should of course not be an excuse not to comment on the situation.

"Last Friday 21st of October was a day the whole band had been waiting for a long time. Practice started early in the morning. I was very sick and nervous because of the fact that I was not even able to sing during the rehearsals. Also nervous because the concert programme was going to be longer than usual for a NIGHTWISH concert. Furthermore we were going to have a special guest to perform with us, more wardrobe changes for myself than usual and for the first time big screens and bigger production on stage. Not to forget that the concert was going to be recorded and filmed. The five of us had finally made it to play Hartwall Arena.

"Even though every one of us knew in advance that the concert was sold out, finally on stage, we saw that screaming, applauding and standing people took every seat. The feeling was unbelievable. I will never forget how amazing it was to experience the Finnish audience's gorgeous reception.

"After the concert, the guys of the band invited me backstage to join them and asked me to hug altogether. This felt strange as it was the same kind of hug we traditionally came together for before every concert. That tradition remained between us, even though the tension and increasing pressure already existed since a long period of time.

"The immediate feeling in me was to thank them, which I did loudly but without any reply.

"After this, they gave me a letter and asked me to read it the following day. The same letter that is now public.

"I read it and was shocked. I didn't know what to say and still at the moment that I am writing these lines, I don't.

"I sense great anger in that letter and I continue to have very confused feelings about it, but I don't want to reply to this anger with an even greater anger. Private matters should never be taken to the public.

"I know this moment we are going through is very sad for everybody, including the guys.

"While there would have been so many different possibilities and ways to express what they wanted to tell me with the letter, I remain unable to understand the way they chose to handle this. I am sorry that the guys got me so wrong. I don't recognize myself at all from the way they described me.

"They mentioned mean things about me, but the fact that they involved Marcelo, my husband, crossed the line. He is the man I love, my friend and has been my biggest support over the last years.

"We have been band mates for 9 years, experienced good times and not so good ones. I thought I knew them, but I was wrong.

"Still everything that has happened is not enough to make them evil in my eyes.

"Now comes a time to calm down and reflect upon all of this.

"I need to put my feelings together again and I promise to come back to public soon.
I will announce a press conference where I will be talking about my future plans. This doesn't mean that you should expect this conference to be an instrument to attack anybody. It won't.

"The wonderful music we created together won't be touched by recent events.

"Thanks a lot to all the people who are supporting me during these sad times. My family, friends, colleagues, and the great number of fans. I love you and I really feel I have not failed you."