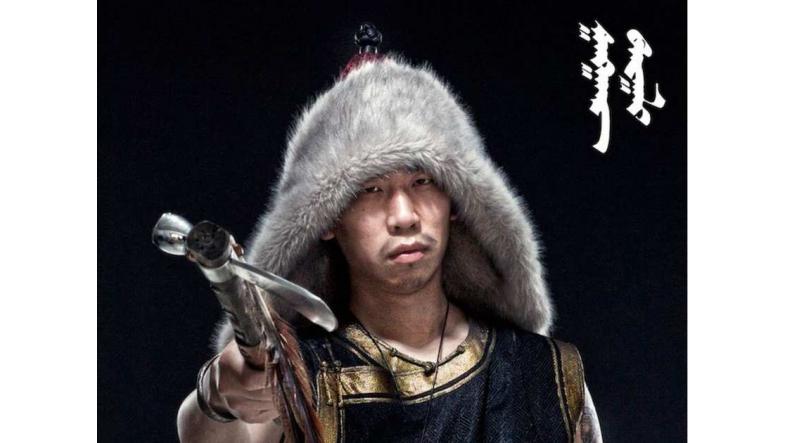 In 1999, Ensemble Studios released the game “Age of Empires 2: Age of Kings” – why is that even remotely relevant when it comes to a band interview? Because if it hadn’t been for this game, I most likely would never have discovered Genghis Khan, or the secret history of the Mongol hordes – information, that I at this day, 18 years later wouldn’t be without. This game made me fall in love with the Mongolian-nomadic culture, and had it not been for this geeky admiration of anything Mongolian, I would never have discovered Tengger Cavalry – a discovery that still pleases me immensely.

The music they make is a thoroughly unique; it mixes classic heavy metal with Mongolian folk music by adding throat-singing and the horsehair fiddle (the Morin Khuur). If you think that this sounds like an unlikely mix, then I want you to close your eyes for a second, and imagine a, slightly happier, or even jollier version of Norwegian black metal from the 90’s – like, imagine that Varg Vikernes went to a therapist as a child instead of burning down a church. Tengger Cavalry is still reasonably unknown in Denmark, but I aim to change that! Tengger Cavalry isn’t just some random folk metal band I decided to praise, they’ve been touring both Asia and the USA recently, and made quite the name of themselves. Having been praised by both CNN and Huffington Post, to playing Carnegie Hall, we at Heavymetal.dk are – extremely – proud to be the first Danish metal media to interview them.

I recently had the great pleasure of interviewing their front man, or I suppose: their Khan if we are to stay in Mongolian terms, Nature Ganganbaigal (which means Nature Nature), and he was kind enough to answer my (many) questions. So I implore you, dear reader, to read this interview and give Tengger Cavalry a listen, and hell, even if you decide that Mongolian folk metal then isn’t your thig; I still thank you, for your time!

1: Your popularity is increasing daily; you’ve been mentioned by respected media such as Huffington Post and CNN. To what do you credit your success?

I definitely want to thank our PR team for doing a great job at promoting for the band. Also, we really worked hard on the video production and stuff. Our fiddle player, Uljmuren De, is an amazing film director and did an amazing job for the band video.

2: Your music represents a simpler time of nomads and hard work. Are these aspects of a core principle of your music?

Yes, it is. Tengger Cavalry is about respecting the nomadic tradition as well as an open-minded international perspective and accepting all kinds of nomadic culture and see them as one. We embrace and unite in our music, and we celebrate them.

3: You recently decided to remaster and re-record all your old albums. Why?

The old material no longer fit into where we are heading musically and we don't do much angry growling on stage, but we still do sometimes. It is a better version for people to get what represent our sound the most at this moment.

4: You played at Carnegie Hall, one of the world’s most famous stages, where only the true masters of music get to play. What did it mean for Tengger Cavalry to be included amongst those musicians?

It was definitely a challenge. We had to re-arrange everything into folk music and concert music style a bit. Took us a while to adjust to the right mindset. We are so glad that the Carnegie Hall team approved our application for performance, haha. They actually liked our stuff, the rock and folk crossover.

5: Your music often celebrates the Mongol horde and Genghis Khan, whom in Europe is often seen as a barbarian and a ruthless tyrant. What does Genghis and his hordes mean to you? Do you wish to tell the rest of the world, that despite being a conqueror, Genghis was also a tolerant man and that his empire wasn’t just based around bloodshed?

We actually don't have any song to sing about Genghis yet. But personal perspective, he is definitely a great hero and has international political vision.

6: You have toured the US, you have toured parts of Asia, and now you are also planning a tour in Europe. Is a world tour in the works?

Yes, we are working hard on it, and will announce it soon, once everything is solid.

7: Recently you have done a whole bunch of covers, including Motörhead, Arch Enemy and Metallica. Are these covers just for fun or is it a way to reach a broader audience?

We are trying to reach out to broader metal head audience not just folk metal :))

8: Your newest single, ”A Blade of Time” featured clean singing. Is this something we can come to expect in future Tengger Cavalry music too?

Definitively, I will do lots of clean singing in the new songs. Hehe, gonna be fun.

9: Speaking of ”A Blade of Time”, you described it as having a Slavic and Viking feel to it. Why did you feel it was needed for you to try out that vibe instead of the usual Mongol/Asian vibe?

It is always fun to experience and play around a single song. We have more freedom when releasing a single because you are not defining your entire future musical direction and you got the space to have some fun, haha.

10: What is the ultimate dream for Tengger Cavalry?

To connect and unite all the people through nomadic influenced heavy metal music.

12: Where do you search for inspiration when writing new Tengger Cavalry music?

My life. I go back to grassland and stay with nomads and experience the harshness of the nature there. Normal pain in life also inspires new ideas. The social prejudice, social discrimination, also helps create good art.

13: Which do you prefer: festivals or club gigs?

14: You’ve been extremely busy these past few months, with EP’s, singles and covers, but is there also a new record in the works?

Yes, it is actually already finished. We are looking for a new label.

15: What’s next for Tengger Cavalry?

Tengger Cavalry - Die on My Ride