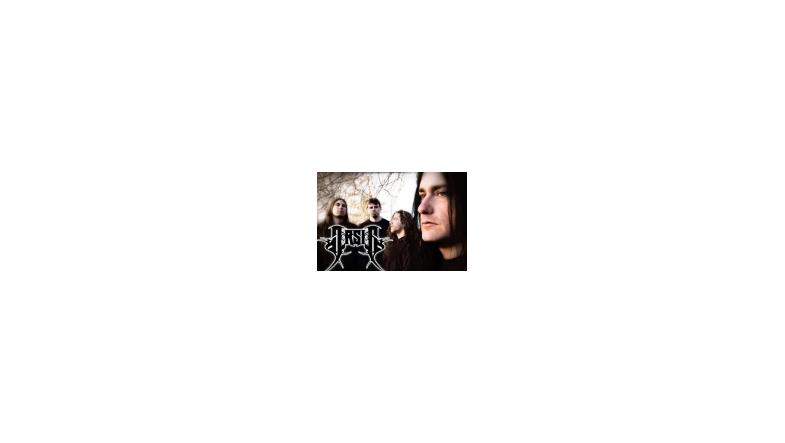 "There is a lot going on in the land of ARSIS these days. For starters, we will be heading overseas in a few weeks for our first European tour ever where we have the pleasure of sharing the stage with Morbid Angel, Kataklysm, Marduk, and Keep Of Kalessin. We are all so excited for this! Since the departure of Noah Martin from the band, we have been performing with a new bassist named Nick Cordle. I can not say enough good things about Nick; he is truly an amazing musician. Aside from being a great bassist, he fucking rips on guitar. He is without a doubt one of the best musicians I have ever had a chance to play with. We would also like to thank Shawn Priest for playing drums with us for the past four months and we wish him the best of luck in his future endeavors. Starting with the European tour, we will be working with drummer David Kinkade, formerly of Malevolent Creation and Divine Empire. David also plays drums in Borknagar and I feel that we'll be working with him for a long time. He is one the most 'real' people that I have ever met. Look for Arsis on a headlining tour of The States in the late winter. Hope to see you at a show!"

Trommeslager David Kinkade kommenterer hans indtræden i bandet: "I am very excited to join the ranks of Arsis. James, Ryan and I have many of the same influences and goals in what we want out of a band and in our overall drive for music. The tunes are fun to play and I can't wait to see what the future brings with these phenomenal musicians. The set list is sounding sick at rehearsal and I trust that the upcoming tour, being Arsis' European debut, will CRUSH Europe. As posted last week, I have also joined Borknagar as the new full-time drummer. Neither of the obligations in both bands will interfere with each other. Just expect a lot of activity on my end in these next few months. See you all on tour."

Bassist Nick Cordle tilføjer: "It's a huge honor and thrill to join Arsis! The shows so far have been a pretty damn good time and it's a great privilege to play & hang with James, Ryan, and David. Arsis have been a favorite band of mine for many years now and to be able to play a role in its future is quite excellent. I'm drawing a huge amount of energy from the atmosphere in the band both musically and personally -- we are deadly focused and out for blood! The European tour is going to be truly wicked!"

Arsis - Starve For The Devil

Alestorm - Curse of the Crystal Coconut