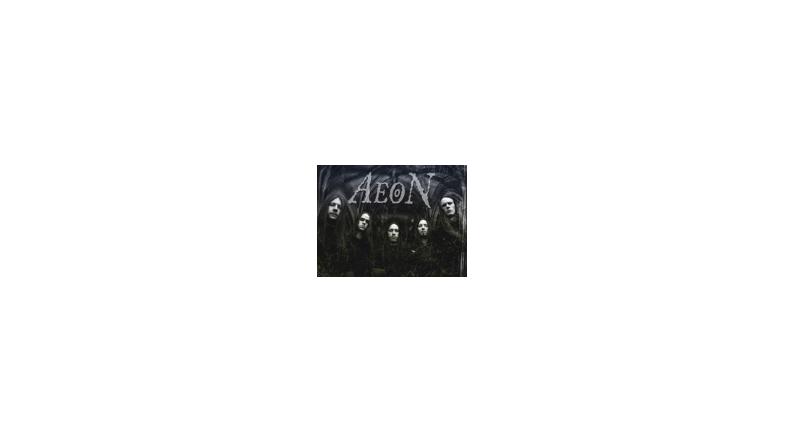 “First of all we want to state that Max is a great bass player and a real nice person. Unfortunately, he couldn't handle the life on the road all that well. We noticed how he struggled through the last tour we did. He really loves the actual moment on stage, but everything else around that comes with the life on the road was just a great deal of pain for him. So both AEON and Max agreed that this way of life wasn't exactly made for him. Being on tour in a not so known death metal band like AEON often means really tough conditions and bad economy. We totally understand that not everyone can put up with this way of life. There are no hard feelings from any of the parts. We would like to thank Max for the time with the band and we wish him all the best with his future endeavors. Take care bro."

"When one leaves, a new one has to come…and there is no difference in this case. Our new bass player is a great, well experienced musician who is really into death metal. We think that this guy is absolutely perfect for the spot. So let's rise the horns high and welcome our new bass player, Victor Brandt (TOTALT JÄVLA MÖRKER, former SATYRICON touring bassist) to AEON. We are looking forward to all the great death metal madness we got ahead of us with our new member.“

“1st of September, AEON once again entered the Empire Studio here in Ostersund/Sweden to record our third (yet untitled) upcoming album. As of today, we are about half way through the recording-process and it's going exactly as planned. 10 new songs are being put on tape (hard drive) and we are pretty confident that all of you who liked our previous efforts or Death Metal in general will love this. When we are done tracking the songs, none other than Erik Rutan from HATE ETERNAL/ex-MORBID ANGEL at Mana Studios in Florida will be mixing the album. You may know his killer work from such bands as CANNIBAL CORPSE, NILE, VITAL REMAINS, GOATWHORE among others. We are absolutely confident that this death metal maniac will give us the mix/production we are looking for. Erik is a really great guy, an awesome studio engineer/producer, a killer musician and he really knows his death metal A/B's. This will, without a doubt kick some serious ass."

"A note on the recording, since we recently replaced our bass player, Daniel & Zeb are handling all the bass on this album. There wasn't enough time for Victor to learn the songs and both studios where already booked. No worries though, both Daniel & Zeb can handle a bass so this is not a problem. Once the album is finished it will be released by Metal Blade Records. No release dates are set at this point.“