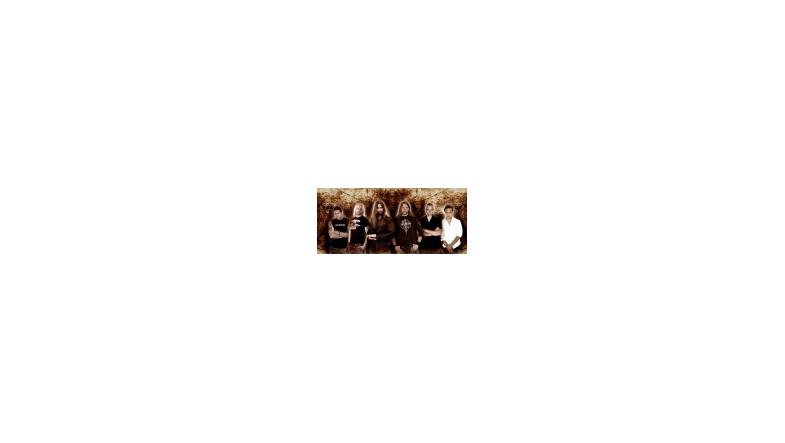 Time truly flies, and I realize it's been a long time since I've posted any real news or updates about Pyramaze. Well, let me start by saying that Pyramaze is still around, and the long silence does not mean that we have pulled the plug or split up -although many bands in our situation might have done so long ago…. More about that later.

First let me say that we truly appreciate your fan mails, your guest book messages and your continues support. Thank you! Now I think it's time for some updates. Pyramaze has had many ups and downs during 2008/2009. We've had the honour of working with Matt Barlow who has become a good friend, our latest album Immortal has sold really well, and we've toured Denmark with Volbeat exposing us to a large and broad audience. We have gained many new fans and have been featured in large metal publications particularly in Europe, which has been very good for our publicity.

These were some of the good things. But Pyramaze has also been experiencing rough seas, which have slowed down many things considerably. As all of you know Matt decided to go back to Iced Earth back in 2008 (the positive outcome from this was getting Urban breed onboard, and we are very happy about that) but it's no secret that originally the plan was for Matt to stay in the band. Matt's decision caused many promoters and publications to question our future - and who can blame them. But with Urban breed onboard the vocalist quality of Pyramaze is definitely still there 110 percent! Our tour with Volbeat also ended less than desirable - because we had to cancel the last shows due to an illness of Michael Poulsen of Volbeat. Ergo we could not get paid and we could not sell any merchandise which should have covered our touring expenses. That deficit has left it's mark on the band-account for sure. Last but not least our record label has gone bankrupt a couple of months back and they owe us a big pile of money for Immortal which we will probably never see. Money that should have helped cover our tour deficit and recording expenses. I've been struggling with the owner of our "former" record label for a long time to try and make arrangements and get our money, but it's like banging a fist into a brick wall. So the joy of making music and being creative has been overclouded by business issues and money problems.

I'm not going to bore you with details, but let me just say that dealing with all of that crap has taken too much of my energy and my time. Mind you all of this is still something that I have had to deal with in my spare time. As most of you know Pyramaze is a working class metal band. This means I have a normal job 40 hours a week, and when I get home it's time to be a husband and a father -which I truly love and will not put aside for anything. I hope this can put the "time flies" remark a bit in perspective, and all of this has slowed down the song writing process a lot. And I'm not the only busy guy in the band. Most of my band brothers have tons of stuff going on private and job-wise. But this does not mean that we have given up on Pyramaze. It just means that things take a lot longer than they used to. I do work on new material -but I do so when I feel like it, and I will take my time. Good art can not be rushed, and I think we have a lot of expectations to live up to.

So to all of you faithful fans - you will hear more great metal from Pyramaze, but I can not promise any deadlines of any sort. When we are ready we are ready, and you will be the first to know. There are great songs yet to be sung, and great stories yet to be told! With these words I wish you a beautiful December, a merry Christmas and a happy New year.