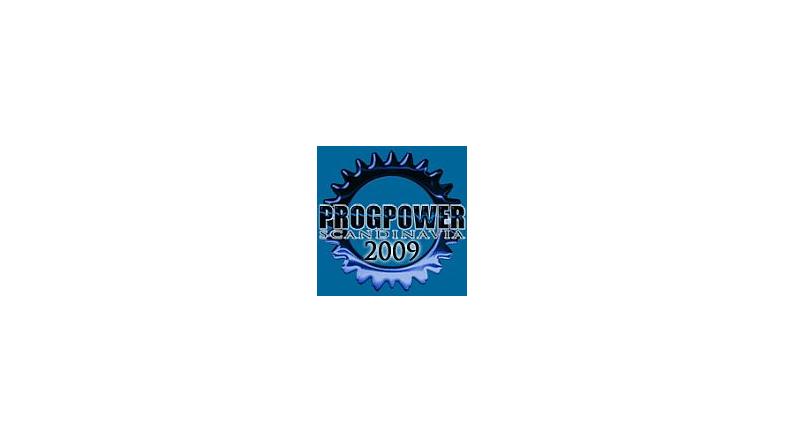 We regretfully announce that ProgPower Scandinavia 2009 has been cancelled!

For almost a year we have been working hard on making this festival a reality and we believe that our labour has been fruitful in meeting all aspects required of a successful festival.

We have booked a more than solid roster with Pretty Maids and Candlemass as headliners; along with names such as Mercenary, Freak Kitchen, Manticora and Textures on the bill. All of these bands have established popularity in Denmark and should easily attract the Danish metal audience to our festival.

We have confirmed sponsorship/endorsement deals with a.o. Marshall, Musikpartner, Jack Daniels, Jägermeister, Cult Energy Drinks, Carlsberg and Coca Cola. We've have media support in the form of Metalized Magazine and Denmark's largest newspaper BT. We have had the collected Danish internet based metal media supporting us with banner advertisement, etc. And we've also had a lot of international promotion on metal sites in France, Romania, Bulgaria, Russia, USA, Germany and Sweden.

We have collected all the backline/event info, booked hotel rooms, gathered a lot of volunteers for crew etc. All in all, we have done everything needed in order for this festival to be a success. Nothing was left half-way-done.

However, what we are left with now is to face the facts: as of today we have sold a very limited amount of tickets to the festival, which is simply not enough to come close to breaking even on expenses. Here in Denmark, there is a tendency for people to buy their tickets as late as possible to the show. So while we could justifiably expect more sales at the door, it is not a risk that we are willing to take.

Just to prove that we have not taken this lightly:
- we have handed out more than 20,000 flyers at several big metal shows in Copenhagen in the past months (AC/DC, Motley Crue, Deep Purple, Hammerfall and at all 5 of Metallica's Copenhagen shows)
- we have handed out 2,000 flyers at Sweden Rock festival
- we have constantly been handing out flyers at Copenhagen's #1 metal venue, The Rock
- we have printed up 1,000 full size posters
- we have had advertisements (half page and full page) in the last 2 issues of DK's largest metal publication, "Metalized Magazine"
- we have had a ton of banner advertisement all over the internet-on facebook, myspace, forums/webboards, etc.
- several of the bands have also handed out flyers/poster for the event

The fact is that at this point in time, people just do not have an excess of money to spend on entertainment. We all know the state of the economy worldwide. That makes it a difficult decision for people to spend an additional 400 Danish Kroner from their budget for a 2-day festival.

It of course does not make things easier for us when the biggest band in this genre, Dream Theater, chose to put their Copenhagen show on the day following ProgPower Scandinavia. Yes, we have also had our share of bad luck, but that is just how it is.

We deeply regret that it has come to this cancellation for the bands, agents, sponsors, venue and of course towards the audience that had already bought their tickets. Tickets already purchased will be refunded. Please contact www.billetlugen.dk

We are hoping for the world economy to return to normalcy. Once the outlook is better, we will return with other shows. This is not the end for us, but it is a serious situation that we have not taken lightly.

At this time, we want to make sure that people understand that the "Pre-Party" that was planned for The Rock on September 24 will NOT be cancelled. It will be held as a regular concert featuring Anubis Gate, Fairyland and Leprous. The cancellation only affects the 2-day event in Vega on September 25 and 26.

With the kindest regards,
ProgPower Scandinavia

Sgu trist at høre, synd for