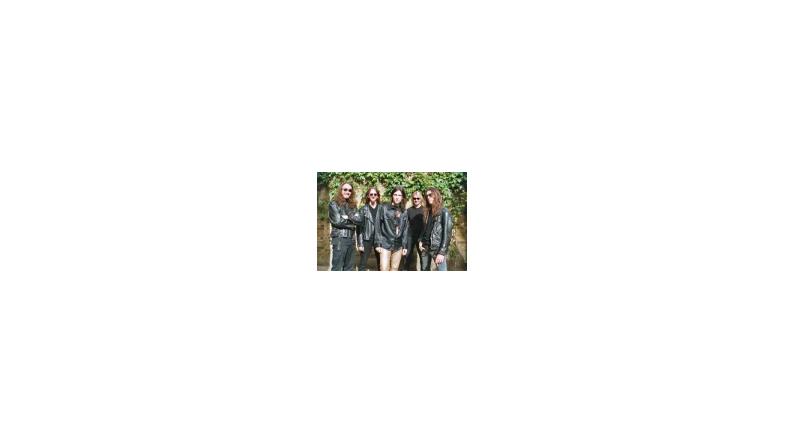 "We are very sad to announce that Alessio Garavello will be leaving Power Quest after the festival shows in September. Alessio has been the voice of Power Quest ever since the 'Wings of Forever' album back in 2002, and has also had two stints of playing rhythm guitar in the band as well. In that time he has established himself as one of the top power metal vocalists in the business.

"Founding member Steve Williams commented: 'I have to say I was surprised when I got the call from Alessio telling me the news. I can hardly believe it is 7 years since a fresh faced, 21 year old Italian came over to record for the first time. We didn't know it then but it was the start of a great friendship, which will transcend band membership and all that. We always say in PQ that you only get one life and you have to make the absolute most of it. Sometimes that involved difficult decisions such as the one Alessio has made. I fully respect and support his decision and wish him all the best in his future musical endeavours. I'd like to thank Al for all his hard work and commitment to the cause over the years and, following the departure of Steve Scott earlier this year, it is truly the end of an era.'

"Here's what Alessio himself had to say: ''After a long journey together with my band mates in PQ I've decided to choose a different musical path. We've passed through so many experiences and good/bad moments together that will always be part of me and of my life, and this has created a really strong friendship between us. It's been some awesome years of recording and touring and it is sad to write these lines, but it's for a good cause: PQ needs to be fronted by someone that really deserves to be in the first row singing those great songs. It was me for 7 years, now its time to pass the torch. I just want to thank from the bottom of my heart Steve, Andrea, Francesco and Oliver, all the great musicians that has been part of PQ and every fan that loved what we've created playing together!! A big thanks to our great manager Manuela and our road crew Simon and Paul. You simply rock! It's time for me to face different musical challenges and to see where I'll head with my new rock band in London!''

Power Quest are starting the search to find a world class vocalist to front the band and to jump straight in to working on the 5th Power Quest record.