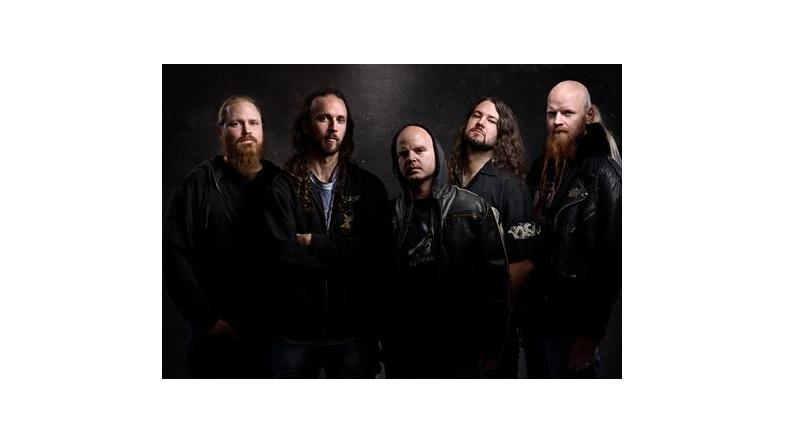 To begin with, could you please introduce yourself and the band to our
readers at heavymetal.dk?

This Emil Writing and I am the guitarist for the Swedish band
Persuader. We released 4 albums so far with "The Fiction Maze" being
the latest output.

Your new album, 'The Fiction Maze', was released medio january, and is
your fourth album. It has a great sound, and is produced by Ronnie
Björnström. Can you tell us about your work with Björnström?

Well, we have known Ronnie for a long time and he has been mixing a
lot of more agressive Black/Death and Thrash metal Before so we
thought that with our new material we'd try a bit of a rougher
production. I Think it worked out well considering the material we had
and the more agressive sound adds a lot of punsch to the songs.

Can you give us a brief tour through ?The Fiction Maze?? Is there a
special theme throughout the album?

Not really, we have worked more or less in the same manner as with our
previous albums. Most songs are based around agnostic way of thinking
I guess... and the way different people percieve reality. Who's to say
who is right or wrong??

What were your inspirations on this album? Both musical and lyrical.
Are there, in general, any specific bands that inspire you?

These Days you get inspiration from so many different things I Think.
Lyrically you just have to open a news-paper to find something to
write about. Reality and existencialism are two great subjects that is
neverending. Musically it's more hard to say these Days. I listen to a
various types of Music and don't really prefer any genre over the
other. I Think most Music makes an impression and it's just a matter
of processing it and letting it out in Persuader-form.

But I Think our roots lay in the 90s Death/black/thrash scene anyway,
and we've expanded our horizons from that.

'The Fiction Maze' was released in January 2014 (US/Europe) and
December 2013 (Japan). How well has the album been received so far?

Reviews have been great so far, wich is really cool. As you know it
has been 8 years since the last one so we did'nt really know what to
expect. Sales-wise we haven't had any info yet but regarding how the
industry works today I'm not too canfident any any larger amounts
sold. But that how it is these Days.

Your last album, 'When Eden Burns' was released 2006 ? What have you
been up to since then. Did you take a break, or have you been working
on 'The Fiction Maze' for that long?

Well... I guess both. During this time we had a lot of trouble with
our old label Dockyard1 wich resulted in that we kind of lost momentum
with the song-writing and meanwhile some members started families and
built houses or studied wich didn't leave much time for the band.

We wrote stuff when we had time and last year we made a final push to
finish all the songs and record them properly.

Was the songwriting/composing process different from the work on your
earlier albums?

No, we have worked in the same manner as Always. We record stuff on
our own end and send stuff back and fourth and see if we can improve
or add to one anothers songs. When we Think we have something that
resembles a song we record it with vocals and work on it til it's
done.

What were the biggest challenges, making 'The Fiction Maze'?

Without a doubt finding the time for everyone involved to be available
when everybody else was. With work and personal lives things are a bit
more complicated than when we were 20 years old. Everybody has their
own shit they have to take care of so that bit was a bit frustrating
sometimes.

Jens Carlsson's vocal sounds a lot like Hansi Kürsch' from Blind
Guardian. What are your experiences ? Is it an advantage, or does it
sometimes trigger negative feedback?

At the Point we are at now, it's not anything I really Think about. I
just want to make the best Music possible for Persuader and I Think
Jens vocals fits perfectly for it. I don't Think it would sound the
same if mr Kursch sang our songs and vice versa. Comparing is
unnessecary. Both are great singers in their own.

Can we expect to hear more from Persuader in the nearest future? Are
you already now doing thoughts about the next album or shall we expect
it to take a while again?

Well we are recording stuff for sure and we have been discussing a bit
where we want to take Persuader sound-wise. I'm happy with the stuff
we've done so far and I hope we can release a new late 2015 if
Everything flows ok.

Are there any live shows planned, and is there any chance that we will
see you on tour in Denmark?

We are discussing some touring stuff but we haven't really confirmed
anything yet. It would be great to bring Persuader out for sure!!!

And last, but not least - Is there anything you would like to tell our
readers at heavymetal.dk?

Thanks for all the support and cheers!!!

Return of the lost Guardian