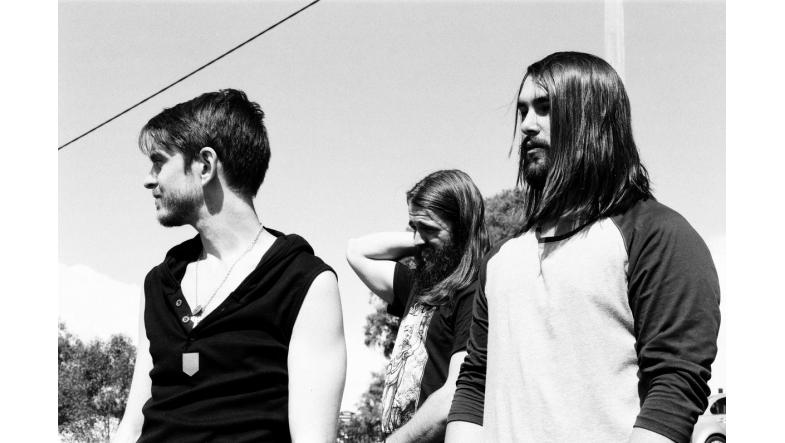 Thanks for agreeing to do the interview. I've concocted 15 questions, which I hope you guys would take some time to answer.

1: Your music seems to break down a lot of genre barriers, making it hard to pinpoint you genrewise, which is something most metalheads like doing. How would you describe yourselves?

If in doubt, say “progressive”! We don't share much stylistically with the prog of the 60's and 70's but the drive to eschew traditional song structures and broaden our influences rather than narrow them is still at the heart of it. It's the spirit of prog using a palette of black, death and doom metal.

2: Clearly, the classical world of art, poetry and literature seems to play a large role for you guys – how come? And do you see that classical element to be a big part of your self-identity as a band?

There's so much beauty, wisdom and artistic talent and skill to be found in the art of humanity, and although it seems like it has a long history, it's been far too short a time for us to start to forget and see the classics disappear. The art itself doesn't need us to be great, but The Loom of Time was an opportunity to give new life to it, to draw a new audience to works lost by our generation waiting for rediscovery. The influence also elevates the music, letting us add a depth for those inclined to explore it.

3: “Nihilreich” was a very diverse and intricate record, do you plan to make the next record as complex?

Yes and no. Or both! We will continue to develop the style from our debut, but we'll be exploring these genres in greater depth as well as allowing a more “musical” or organic ebb and flow as the music leads us wherever it will. The record will be longer than NihilReich, I imagine, giving us room for both complexity and simplicity, depending on what the music needs.

4: Australia is usually known for some, somewhat, more simplistic rock and metal bands, like AC/DC, Airbourne and Wolfmother. How has your own country taken to your music?

Although the most famous Aussie exports might be in that domain, you'll find that our musical tastes are as diverse as our people, and there is certainly a hunger for extreme metal here, so The Loom of Time has fit right in, playing up and down the east coast to the metal-heads here.

5: “Nihilreich” just turned one, is there a follow-up record in the works?

There certainly is! We're in the thick of the writing right now, and it's coming along steady and strong. We'll be adding new material to our live shows to refine them, but we won't hit the studio until it's ready, and it'll be ready when it's ready!

6: Which bands inspired you to form “The Loom of Time”?

7: What would the ultimate place to play be, and why?

We'd love to come tour Europe – somewhere where they love their metal, and know how to brew a beer, I'd say. Germany'd be a good place to start!

8: If you could pick any band to tour with, who would that be, and why?

I'd hit the road with Behemoth if I could. Their live show is so good, I imagine there's a lot that one could learn from Nergal et. al.

9: Your music is quite intricate, and not exactly laymen metal so to speak, are any of you guys classically trained or are you all autodidactic?

There's a little classical training in all of us, I think, which is a good basis to start with, but in metal, knowing the rules is just a means to break them, so I feel we've got a good balance of formal and more organic musical exploration.

10: How does the song writing process take place for The Loom of Time?

It starts with the lyrics – it's important to me that the emotions of lyrics sync with the emotions of the music, so I use the lyrics as inspiration. The music is written, probably in a bit of an unorthodox way, I have no “bank” of riffs lined up to form into songs, I just write each part of the song in turn, working on one section until I'm happy, then moving on to the next. So after I've written an introduction, I ask myself - “what does the song need next?” or “where does it feel like it wants to go?” - and I just kind of let the music flow from section to section until all the lyrics have been sung, and then I write an outro. This kind of method means the songs are always looking and moving forward, and play more like a narrative than a traditional verse-chorus kind of song. For some, it makes it quite inaccessible, but for those that can let go of needing these “anchors”, you'll find the songs demanding, but engaging.

Keep our heads down and keep writing! In the mean time, we'll continue to play live here in Aus, but if the opportunity arises, perhaps go farther afield.

12: All-time favourite classical novel would be…?

Gotta say, Herman Melville's “Moby Dick; or The Whale” – every sentence is meticulously crafted and thick with meaning and allegory, so that as the sentences become meticulously crafted paragraphs, the effect combines, and as the paragraphs become chapters and the chapter this book, it's a beast so rich that you could spend a lifetime plumbing it's depths.

13: Some of the songs from Nihilreich, like Wings of Ingenuity or The Fight for the Subhuman, seems to indicate, that metal music isn’t the only thing you guys are into. So, outside of the metal world, what do you guys listen to?

Certainly, I'm a big fan of prog, King Crimson, Pink Floyd, Jethro Tull, Yes, and especially Canterbury scene bands like Caravan and Camel, and also plenty of pre-metal rock'n'roll like Rainbow, The Beatles, Bowie, Led Zeppelin etc. I think we all grew up with a little punk in our veins, too, The Offspring, and weirder stuff – there'll be some Cibo Matto or Gorillaz or synthwave or indie rock stuff in our collections too. We all have our guilty (totally not guilty!) pleasures.

14: Outside of playing music, what are your recreational habits?

We all have our preferred methods of escapism – movies, video games, D&D, alcohol... lifting things?

We come from one of Australia's premier wine making regions, but I think we'd all prefer a hefewiezen or an IPA or a lager or whatever if given the choice. Or a whisky. I'll have a whisky.

Thank you very much for your time.

Mere The Loom of Time

The Loom of Time - NihilReich